Send In The Clowns

The theme of this week's Long Beach Municipal Band concerts is "Circuses, Side Shows, and Carnivals".
We were back at Los Cerritos Park: 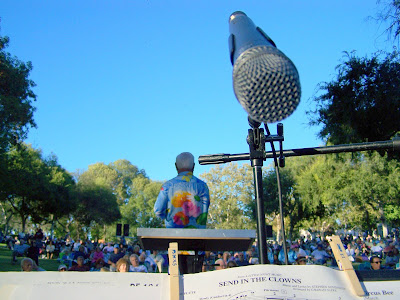 I learned on CBS2.com (home of both beFrank and darleeneisms) that an incident involving a great dane, a park ranger, and some injuries took place here yesterday at about the same time the concert started this evening. 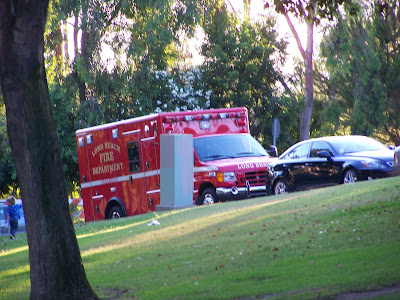 Fortunately the only action the paramedics saw tonight was on the stage.

I was glad that they were standing by though, just in case. 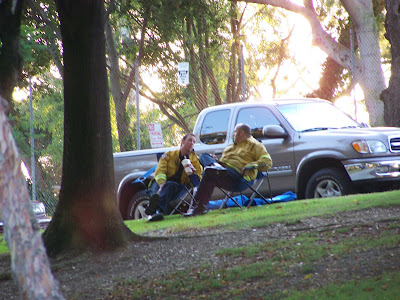 Speaking of carnivals, here is David in his "Flick's Fun Fair" outfit yesterday morning at Disneyland... 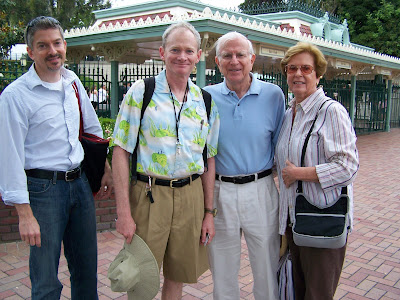 ...and here he is after work at the concert tonight... 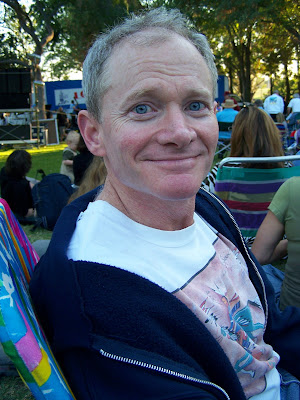 ...going from one side show to another!

We had another lenslinger at the concert tonight: 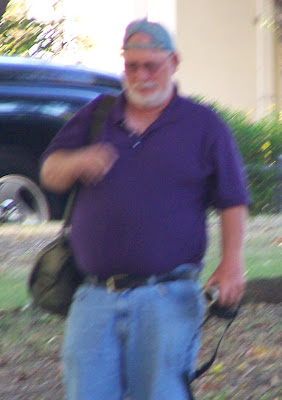 I am totally serious when I say that he had some kind of mysterious mojo working.

Whenever I tried to grab his picture, my camera adamantly refused to focus.

Do they teach that in photojournalism school, or was it some kind of former circus act?

So stay tuned as the traveling show hits what is affectionately known as "The Party Park", Marine Stadium, tomorrow night.