Unlike many new government officials, I am working on my taxes.

I was truly lax in the Quicken department this past year. I finally got all my banking information entered. It took awhile, but it's done.

Now it's on to the mileage portion of our cruise.

My tax appointment is Tuesday afternoon. I'm hoping to be done with all this fun by some time tomorrow.

I'm already making plans on how I'm going to be better prepared for next year.

Regular blog posts will resume soon.
Posted by FlutePrayer at 6:02 PM No comments:
Email ThisBlogThis!Share to TwitterShare to FacebookShare to Pinterest

A Prelude To Pain 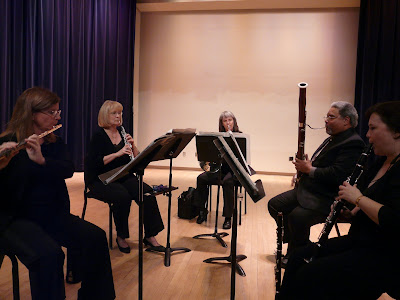 I was grateful that my parents were able to attend, along with a wide assortment of flute students and other well wishers. 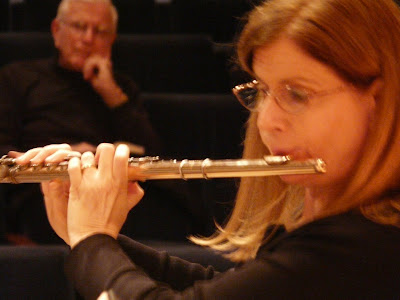 The concert was a success and was well received, aside from a moment of drama when I had to ask two whispering members of the audience to refrain from speaking right before a very quiet piece began.

Who can think with all that noise? 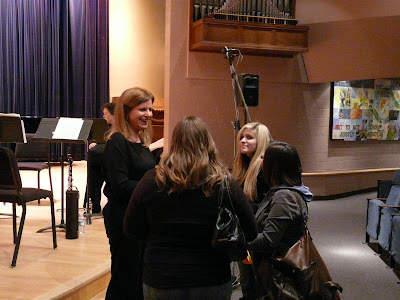 Even before the concert began, though, I was struggling with pain.

Due to a last minute personnel change, rehearsals, although rewarding, were more stressful than usual. Extra rehearsal days meant more commuting and eliminated my workout times. The stage was set for an epic fail.

I've begun stretching again (something that would have prevented the whole ordeal) and look forward to increasing my physical activity in an effort to prevent this from ever happening again.

Meanwhile, though, I thoroughly enjoyed making music with my esteemed colleagues.

It was completely worth the pain.

Posted by FlutePrayer at 11:21 AM No comments:
Email ThisBlogThis!Share to TwitterShare to FacebookShare to Pinterest

When did the music of my youth become ancient history?

I passed out a jazz version of "The House of the Rising Sun" in Flute Choir a few weeks ago. When I asked how many people knew the song, I was met with puzzled silence.

In case YOU'VE never heard of it, here is a little music history lesson:

The biggest comment I received about it at our next rehearsal? The Animals look like babies, but they're singing such a tough song.

I had to explain that that is what tough people looked like in the olden days.

The APU orchestra will soon be performing Beethoven's Pastorale Symphony:

My students are beyond bewildered when every time they bring the music to their lesson I yell, "SOYLENT GREEN IS PEOPLE!!!"

Please tell me you know what I'm talking about...

Posted by FlutePrayer at 7:16 PM No comments:
Email ThisBlogThis!Share to TwitterShare to FacebookShare to Pinterest

The Commute Ate My Blog

I have a good excuse.

The commute ate my blog.

I usually drive the 76.1 mile round trip (but who's counting) to APU twice a week. The past 2 weeks this has doubled to 4 times a week.

Guess what I usually do with those 5 extra hours a week I've spent on the road:

Well, after sleep, I blog.

I am hopeful that things will settle down after the Quintet recital this Monday (be there or be square).

Meanwhile, the commute ate my blog.
Posted by FlutePrayer at 8:50 AM No comments:
Email ThisBlogThis!Share to TwitterShare to FacebookShare to Pinterest
Newer Posts Older Posts Home
Subscribe to: Posts (Atom)