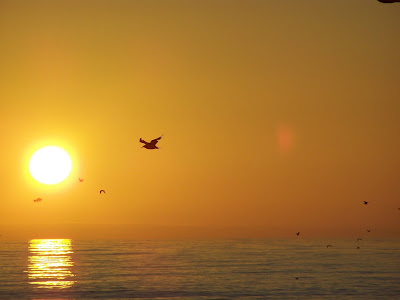 Bob and I bid our employment good-bye on Friday after the last Long Beach Municipal Band concert of the 99th Season (you can relive the entire season by going to my flickr photostream).

The band equipment (but NOT my flute!) is back in storage until March 14, 2009 when we will reconvene to celebrate the 100th anniversary of the first Muni Band concert.

Meanwhile, we're taking our weary bodies to Cambria where we plan on doing a whole lot of NOTHING before returning to our freelancing ways. Our home away from home claims wireless internet access. If that is the case, you'll be hearing from me. If not, well, not.

After the pressure of performing for 12,000 or so people a week for 8 weeks we are ready to make our escape.

Later!
Posted by FlutePrayer at 8:02 PM
Email ThisBlogThis!Share to TwitterShare to FacebookShare to Pinterest