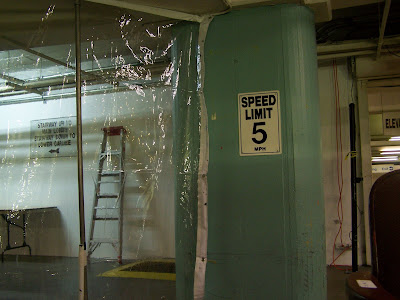 Yesterday found me back in the bowels of the Sinai Temple parking garage for a rehearsal of Long Beach Opera's "Anne Frank". 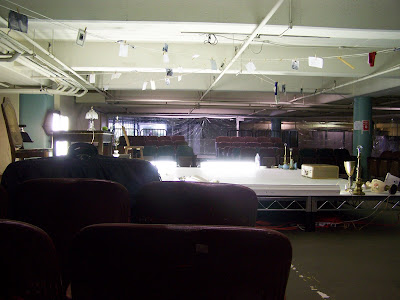 I have to remind myself that I am there to do my job. It is difficult, however, after hearing Holocaust survivor Laura (Hannalore) Hillman speak these words as she reads aloud a letter she received from her mother while away at school as a young woman:

I'm sorry I didn't write to you sooner, but I have been terribly worried. Six weeks ago your papa was taken to Buchenwald, a concentration camp near Weimar. He was on his way home from work, riding his bicycle, when the Gestapo stopped him and took him to their headquarters. The next day, when I inquired about where he was and asked if I could bring him a change of clothes, I was told he had already left the city and wouldn't need the clothes. You can imagine how concerned and upset I have been since. Day after day I prayed for his safe return.

Yesterday the postman brought a letter and a small box postmarked "Buchenwald". The letter said the following; "Martin Wolff died of unknown causes on March 14, 1942. Urn contains his ashes."

Hannelore, your papa is dead.
It is an indescribable privilege to be in the same room with Laura, a glowing woman with a beautiful smile, as she shares the agonizing nightmare of her life during the Holocaust. It is hard for me not to be swept away into the horror and the hope that this Schindler's List Jew experienced.
But I've got my own role in this opera.
So I sit and focus on the music in front of me and play my flute to the best of my ability.
Then, after I've played the final note of my music, I sit and and quietly weep and pray "Never Again."

Here is a clip taken at last Thursday's first rehearsal in Long Beach: