My nephew Seth is known as "Funcle" (Fun Uncle) by his nephew James.  He was a big part of the first 7 months of James' life: 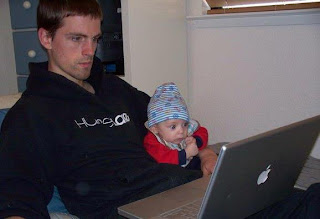 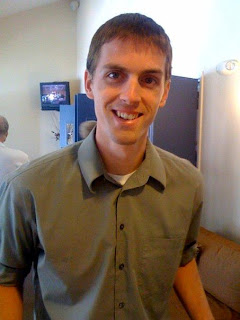 Seth the day he left for Boot Camp

Up to that point, I had no knowledge of what becoming a Marine entailed.  I quickly learned.  Marine Boot Camp is 13 weeks of intense training and testing of the mettle of the man.  For those of us left at home, all we could do was wait and pray.

I had come across a pattern for a Military Doll long before Seth stated his intention to enlist.  Even though at that time I knew of no one in the armed forces, I saved it.  Once boot camp started, I dug it out and got down to making a Marine for our Marine-in-the-making to give to his nephew. 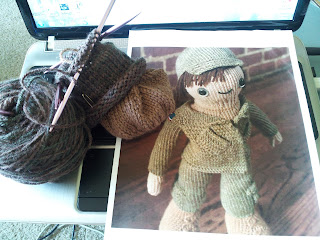 Marine Doll came with me to the parks of Long Beach during Muni Band. 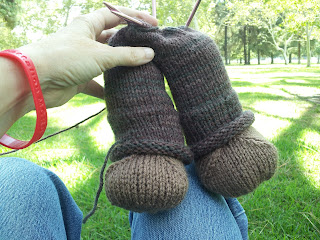 As Seth was being knit into a Marine, I was knitting a Marine for Seth.

I was grateful to be able to attend Family Day at MCRD where we got our first look at Seth in 13 weeks. 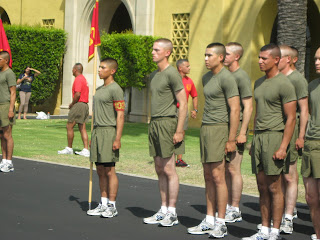 Here he is all cleaned up: 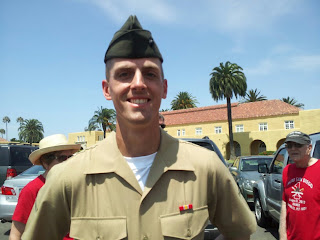 The following day was Graduation.  Marine Doll made it to the Color Ceremony at the General's house. 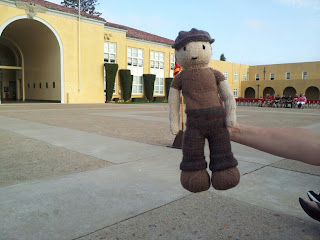 The Marine Band was there as well: 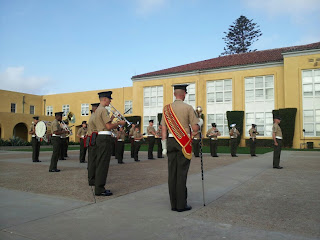 The flag on the Parade Deck was at half staff in honor of Neil Armstrong: 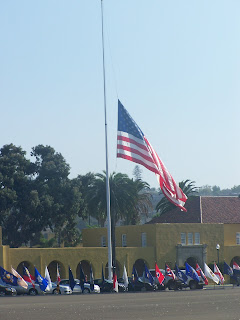 The graduates wait to pass in review: 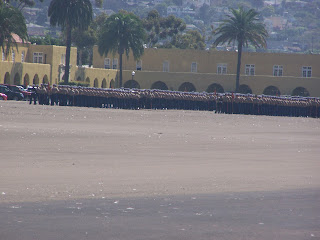 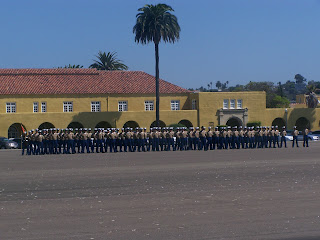 Seth is in the front row 3rd from the left: 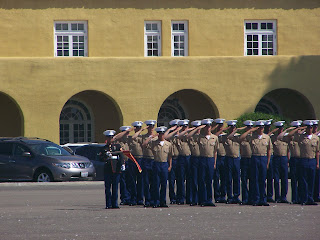 There's Seth in the middle of the picture on the outside of the rank: 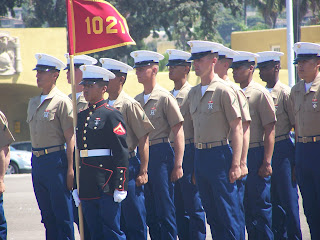 Seth became a Marine the moment his platoon was dismissed:

Seth with his proud parents (my sister Janine is a Marine Mom!): 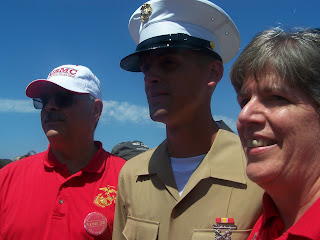 His grandparents (my parents) are also proud: 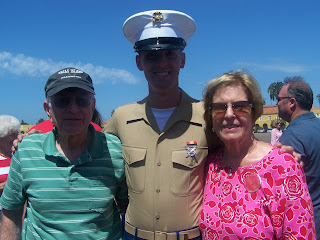 And here is my favorite knitting picture of all time: 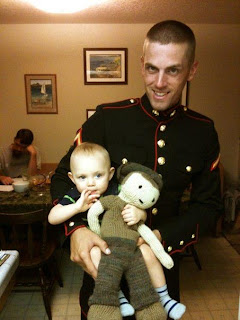 Funcle has since returned to the Marines.  He is currently at MCT at Camp Pendleton.